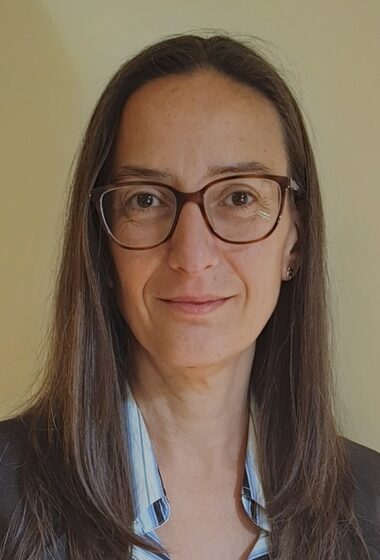 Sara Pellegrini is Advanced Photonics Pixel Architect at the Imaging sub-group within ST’s Analog, MEMS and Sensors Group and has held this position since December 2017.

Pellegrini joined ST as Characterization and Modelling Engineer in 2006 and has progressed to the role of Session Manager and later to Pixel Architect. In her current role, she leads the advanced photonics sensor technology development, working in close collaboration with the silicon, process, module, and system R&D teams to define and develop ST’s imaging photonics pixel roadmap and specification. Pellegrini also works with external collaborators on several R&D projects within ST’s Imaging PhD Programme.

Pellegrini holds several patents and authored and presented papers on SPAD (Single-Photon Avalanche Diode) and SPAD-based systems and applications. Sara Pellegrini graduated with a degree in Electronic Engineering from the Politecnico di Milano in 1999 and received her PhD in Physics from Heriot-Watt University in 2006.

Sensors have undergone extraordinary proliferation since the beginning of the 21st Century. Thanks to IoT, connected smart sensors can now be found all around us. This makes it possible to collect a wealth of data autonomously and continuously without human intervention, automating routine activities while unlocking previously unattainable insights and functionality. This has been defined as the Onlife era where smart devices improve the user experience and assist people in their daily lives with The Metaverse vision, Industry 5.0, and self-driving cars being prime examples. Sensors, smart embedded actuators, analogue interfaces, connectivity, security and embedded AI, offer a perfect toolset for companies to continue to innovate. The semiconductor industry is driving this transformation and, in collaboration with key partners, creating the necessary synergies to bring these technologies to market. This is a particularly unique opportunity for MEMS and imaging devices, with embedded artificial intelligence, as they will be enablers for tomorrow’s products and services.